All the latest from Pei Lei Wushu Association

Following on from a stellar 2016 for the Pei Lei Wushu Association, we are please to announce the opening of two additional school venues for 2017.

Along with our regular Marrickville, Eastwood and Carlingford classes, we are now operating weekend classes in Baulkham Hills and Campsie.

Baulkham Hills classes are held on Sunday mornings, with Tai Chi and Bagua taught by Instructors Krista Brennan and Mitchell Brown. The venue is an air-conditioned dance school (mirrors and sprung floors!) with two seperate studio rooms. Currently teaching Yang Tai Chi and Beginners Bagua from 9am – 10am, we are hoping to expand with more beginner classes and additional Sunday training options for those in the Hills area. Please contact us if you or your family/friends wish to join in. We are also taking suggestions for new classes to operate throughout the day. The venue is located at Studio @ 104, Baulkham Hills Stockland Mall (View map). Entrance via the Blue Level Carpark near parking Row S. Please contact Krista/Mitch or Shifu Alice for class details.

Instructor Clifford Quan will be teaching Tai Chi on Saturdays in Campsie at the 2nd Floor of the Healthpac Medical Centre (2nd Floor). Classes open on the 18th February. The venue can be found at 260-262 Beamish Street, Campsie 2194 (View map). Please contact Clifford or Shifu Alice for class details.

The school will be holding an end of year event featuring Tai Chi and Wushu demonstrations on Sunday 4th December 2016 at 1:00pm in Marrickville.

Please invite your family members and friends to support this function.

‘Bring a plate’ is a great way to share the party workload. We suggest each class bring a few plates of savoury dishes, nibbles and light refreshments to share for afternoon tea.

This weekend, a number of Pei Lei Wushu members will be competing in the 2016 Tai Chi Australia Open Championships. The competition will be held at the Sydney University Sports & Aquatic Centre on Saturday 4 June. Taiji hand forms will begin at 9.00am, with weapons and competitive push hands events from 1.30pm. If you have the time, you are encouraged to come along and show your support. For those competing – good luck and “jiayoo”! 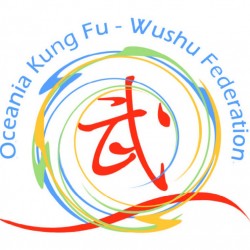 The 2016 Oceania Kung Fu Wushu Championships will be held on 18th September 2016 at Ryde Community & Sports Centre in Sydney.

The regulations are available in PDF format here – http://kungfuwushuaustralia.com/Events_International/2016_Oceania.pdf

The competition will feature Kung Fu, Wushu, Tai Chi and Sanda events. Pei Lei Wushu members, particularly those interested in competing for the first time should speak to Master Alice for more information. 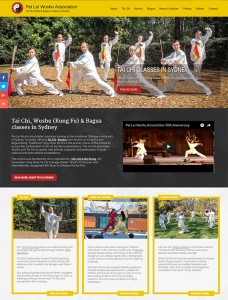 Along with a substantial visual upgrade, we’ve improved the mobile phone experience, provided much improved photo galleries and hopefully made the site all round easier to navigate.

But we’re not quite done yet! Over the coming months we hope to be able to add more video content and general articles on Tai Chi and Wushu to benefit our students and friends from around the world!

As something of a “grand opening gift”, we have also published a collection of rarely seen photos of school founder Master Alice Bei Dong and her teacher, 4th-generation Yang style Tai Chi Grandmaster Fu Zhong Wen.

The Tai Chi Association of Australia (TCAA) is once again holding its Open Tai Chi Competition. This year’s competition will be held on Saturday June 4th, 2016 at the Sydney University Sports & Aquatic Centre.

Registration details are available via the TCAA website – http://www.taichiaustralia.com/competition.html. 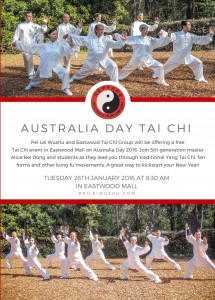 The New South Wales Chin Woo Athletics Association has carried on the Chin Woo spirit and has been working hard to promote the traditional Chinese wushu culture. Alice Dong, President of NSW Chin Woo, has recognized that tai chi exercise is worthy to advocate and promote as a community recreation activity. In the celebration of 2016 Australia Day, simultaneously promoting tai chi exercise for health and spreading the Chin Woo spirit in the Australian community, the New South Wales Chin Woo Athletics Association, Pei-lei Wushu Center and the Eastwood Tai Chi Group are working together to hold a free Tai Chi Event at the Eastwood Mall on Tuesday at 8:30 morning, January 26, 2016.

On this special day, we welcome people of different countries, skin color and cultural background to participate and experience the inner harmony and health from the tai chi exercise.

Please visit the following websites for detailed information of the event:
www.nswchinwoo.com or www.peileiwushu.com

Please also spread the news and come to support this meaningful event.
All enquiries to Alice Dong 0414281098

The Pei-Lei Wushu Centre held an 2015 end-of-year function on Sunday 13/12/2015 at Marrickville Wilkins Public School. The event was attended by nearly 100 students and guests. Students from all classes come together to show-case their achievements with a series of wushu and tai chi performances as a meaningful event for wushu cultural promotion.

The performance program consisted of group and individual demonstrations on wushu basic movements, traditional wushu fists and weapons, Chin Woo tao-lu, bagua-palm, Yang and Chen tai chi forms. Master Alice Dong put on a spectacular double-hooks wushu weapon and
bagua-palm performances in front of the guests and was rewarded with a huge round of applause.

Everyone stayed back after the event to network and to sample the finger foods and snacks brought in by the students. Group photos were then taken to end the party, and everyone is looking forward to meeting again next year.

In addition, the NSW Chin Woo Athletics Association and Pei-Lei Wushu Centre will be participating in the following 2016 Australian Day event, and the Chinese New Year Lunar Lanterns Community Programs organised by the Sydney City Council:

Please spread the news and come to support these wushu cultural promotion activities.

The Pei-Lei Wushu Association will be closed for the festive seasons after the Sunday lesson on 13/12/2015. All classes will resume in early February.

The school will be holding an end-of–year event on tai chi and wushu demonstration on the afternoon of 13/12/2015. Please invite your family members and friends to support this function.

This will be an opportunity for all students to foster and share their learning experiences. It is also a good platform for students to show-case their achievements from the weekly training lessons, and to promote tai chi and wushu for health.

‘Bring a plate’ is a great way to share the party workload. We suggest each class ring a few plates of savoury dishes/nibbles and light refreshments to share for afternoon tea.

Pei Lei Wushu classes run most days of the week between three venues in Carlingford, Marrickville and Eastwood. Please check the timetable information below to find classes in your area.

Get in touch with us
Want to know more about our classes?

Please contact us on the details below or using the form to the right.